Yesterday morning the journalism and photo students of Africa Media loaded onto a rented hippie van to make a two hour trek to Barrydale, South Africa. Unfortunately, I woke up feeling absolutely awful. I spent the car ride incredibly ill, although I was able to catch some nice views of the mountains as we wound down the trailing road despite my crippling nausea.

It really sucks being sick on vacation. I always feel like I’m missing out on so much and all I really want is to be home where my mom can look after me. Teaches you a lot about adulthood, though, and what it means to be a true traveller.

We arrived to the Karoo Art Hotel, a facility that has been kind enough to host us for two nights if in return we take pictures and write lovely reviews of the space.

I spent most of yesterday in bed, trying to recover as quickly as possible. Finally after a long nap (and with the help of some medication), I was able to make it out of bed to eat some food. The instructors brought me a pretty delicious pesto sandwich, but my empty stomach yearned for more. The other students and I walked a few paces up the street towards a restaurant called Bistro Blues, one of the only food-serving places still open, according to the hotel bartender. I found it quite strange that everything else in the town was closed, as it was only 6pm. This place was definitely the opposite of the European towns and cities I’ve travelled to before, where the restaurants open late and dinner is usually had around 10pm. New experiences – gotta love them!

Bistro Blues served me a perfectly cooked fillet with a nice pepper sauce on the side that definitely helped in my recovery. I woke up this morning feeling much better.

The hotel served us an eggs and toast breakfast that got us going for the day. We walked down the street, taking in the views, until we stopped at a cute little store called The Hub filled with art, supplies, movies, books, and other trinkets. We interviewed a sweet lady named Heather who sews adorable bags and other cloths. She moved to Barrydale about a year and a half ago after her husband passed. She claimed she felt after a life of traveling and moving from place to place, she finally feels she has found her home in Barrydale.

We then made our way down the street a little further to take pictures of a beautiful church, only to return to an art gallery across the street from our hotel, called the Magpie Gallery. A lot of the art at the gallery was made out of plastic material and reusable goods such as soda cans, plastic water bottles, and caps. The gallery contained mostly chandeliers, chairs, mirrors, and other pieces of furniture with very bright coloring. One of the rooms was striped with all different colors overlooking a nice garden with vibrant pink and yellow flowers.

After a lunch break at the hotel, we made our way to Barrydale Hand Weavers, where I was able to interview the owner, Carol, and learn her story. She told us all about the hand weaving business and how her company unexpectedly grew to be greatly successful. We watched as a large portion of the 22 total employees used large wooden contraptions to weave beautiful cloth materials. I look forward to writing more on the local Barrydale business and the treasures its created.

Next, we visited Diesel and Creme, a funky restaurant with crazy interior design. I ordered an outstanding brownie milkshake that filled my stomach way too quickly. After taking another short walk down the street, continuing our exploration streak, we packed back in the hippie van and made our way to the hot springs. There was some light sprinkling today, but it led to some beautiful rainbow views.

By sunset, the rain had pretty much gone away. We made it to the hot springs, which was actually just a hot hotel pool filled with old people. We were then informed we had too many people to actually get in, so I never had the opportunity to change into my bathing suit. We did, however, meet a man from Johannesburg who was on a walk for rhinos. We conducted an interview with him before eating at the restaurant next to the hot springs. I ordered chicken tenders, of course. They did not disappoint. After a few rounds of ping pong in the lounge area, we returned to the hotel, where I’ve been able to reflect on this two night journey.

Barrydale is a cute town filled with art. Winter is definitely the off-season for this area, though, as everything is closed shockingly early. I’m excited to return to Mossel Bay, but I’ve enjoyed our sweet escape to this quaint area of South Africa. Thank you to Karoo Art Hotel for this lovely stay! 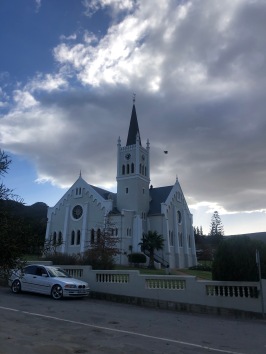 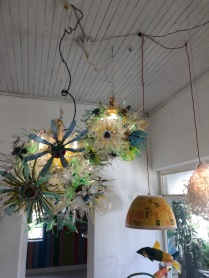 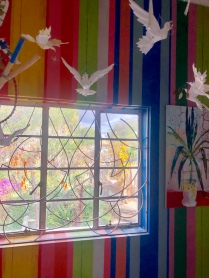 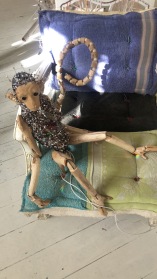 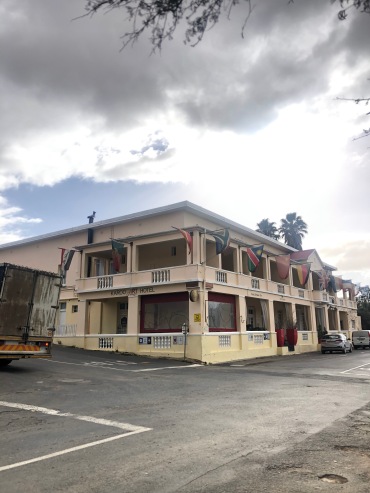 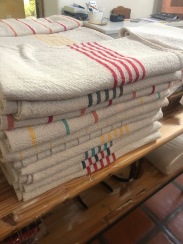 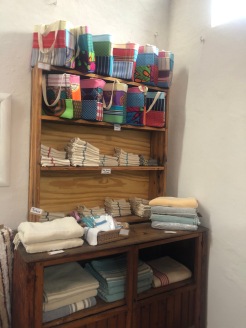 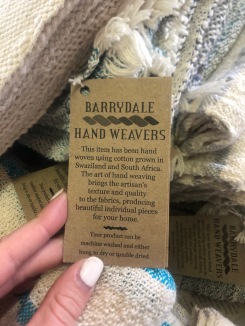 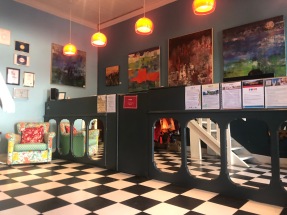 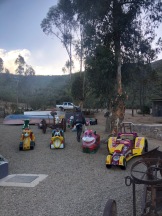